I have not died early like Amedeo Modigliani at 35, or expect to survive as long enough as Paul Celan did until 1970. It is 2011, three years after I had thought I would crash and burn over the Millau Bridge in Southern France. 2008 was my annus horribilis where I tried to kill myself several times. Both my adoptive parents had recently died, I got divorced from a 15 year marriage, my younger sister had shot herself in the arm with a .44 mag pistol and survived. I was cast adrift in loss. My purpose for living all gone. Having no more parents is like falling in a vacuum. I really felt alone in this world. But time heals and I am gradually filling my life again with love. 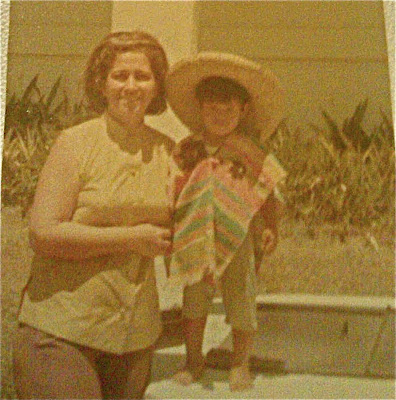 Nick and his Mama

I speak from the adopted child’s perspective. In 1964 I was adopted by Sophie and Alfonso Carbó in Legazpi City, Albay, Bicol, in the Philippines. A year and a half later, they also adopted my younger birth sister, Brigid. We lived a fairy tale life growing up in a big house in Cogon with the Mayon volcano majestically puffing steam from the top of the mountain. We would have Mormon missionaries, Catholic priests, and Peace Corps volunteers come to the house and have all-night parties. We were well cared for by our parents and the maids. 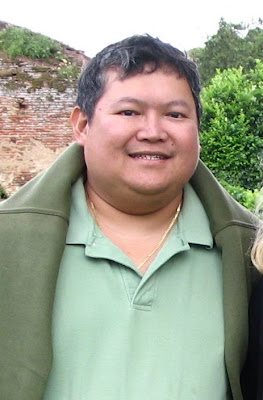 In 1971 we moved to Makati, Metro Manila. At first we were enrolled in the San Lorenzo School which was owned and operated by Raphael Zulueta de Costa, an old buddy of [my father's] from their days at De La Salle College. Then we transferred to The International School in Bel Air Village. We began our international education from Elementary School to High School. My parents always said we were adopted and that did not bother us much. But one day my parents picked us up from School and our U.S.-American friends could not believe I had white parents. The was my first inkling about racism and it did not come from the Filipino or Spanish community I lived in.


My poetry is touched by the adoption but I’ve never had the hankering to go back to the Philippines to look for my birth family.


_______________
More information and poems about the effect for Nick Carbo as a Filipino adopted by white parents is available at NPR, HERE, as well as Letteratura della migrazione, HERE.

THE NUMBER ONE SONG ON THE DAY I WAS BORN
WAS “OH, PRETTY WOMAN” BY ROY ORBISON

and passed through my newborn body.
I still remember the day Roy died on
December 6, 1988, waking up

to a loss of melody, the mellifluous
manner that all sounds used to come to me.
My college friend John Kintz and I raised

our beer mugs to honor the legend. John,
a proto-punk musician and a former drug
dealer who once showed me the scar

on his penis. We shared this loss
while the bartender tolled a brass bell
as he wailed “Orbison is dead, our music is dead!”

I could understand his hyperbole
to the bone. Loss is something you can’t rent
and it has no time limits—my natural

parents are most likely dead by now,
their effect on the 100 trillion cells on my body
as invisible as a lost radio signal.

My response to John’s penis was silence,
there was no connection there
to hold onto, or mouth a slippery reply.

So we went outside to smoke a joint
and talk about the pretty women
in our lucky, lucky lives.


THE BOY IN BLUE SHORTS

The screaming woman on the other side
of our tall black gate
would have thrown a rock at me.
My maid, Rosita, sheltered me from the insults—
something about my being
retarded and full of worms.

The woman nudged her son forward.
Blue shorts, clean T
-shirt, rubber slippers.
She said her little boy was the one
who should have been adopted, he was healthy.
He was about my age,
four or five. We were both silent.
I want to see the Mr. and the Mrs.,
they are making a big mistake.

Rosita bolted the gate, took me by the hand—
they are bad people, don't listen to them.
I felt the crisp whiteness of her skirt all the way across
the garden, back to our house.


AT FIVE, WHILE EXPLORING THE CREEK BEHIND MY HOUSE

A group of children saw me
standing on the other side.
They stopped their game
of patintero.
A boy and a girl walked
across the coconut bridge,
urged me to cross over
and play with them.
The barefoot boy,
and then the girl
negotiated the narrow trunk.

I took two steps
and almost slipped.
The children across the creek
screamed I should remove
my shoes
because the bridge
was slippery.
I jumped back to the bank,
noticed they were all barefoot,
they were still urging me on.

I was afraid of falling
and would not leave
my new leather shoes
behind.
Without waving good bye,
I ran home,
past our barbed-wire fence
the one with the bright-red
bougainvilleas.

I'm glad you are still with us, enjoying new love, and look forward to new poems and new projects from you!

Giavanna Munafo just wrote a poem prompted by Nick's "The Number One Song on the Day I was Born was 'Oh, Pretty Woman' by Roy Orbison." You can see it as part of her contribution to PoA:

I love dialogues with poems!
Eileen