I am a mother who lost her firstborn to adoption in 1968. I never forgot her and by 1980, together with four other mothers, I co-founded the original Origins: a national organization for mothers who lost children to adoption, based in NJ. We held monthly in-person support groups and produced a national newsletter. Members of our group were finding their children in far less than the better homes we had been promised. Disheartened and concerned, I searched and found my daughter to ensure that she was safe. I also began researching adoption and wrote my first book, shedding light on…The Dark Side of Adoption in 1988. The following year, while Director of the AAC, I helped organize the first march on Washington for Adoptee rights.
My activism has continued to this day resulting in my second book, THE STORK MARKET: America’s Multi-Billion Dollar Unregulated Adoption Industry in 2007 and many articles. 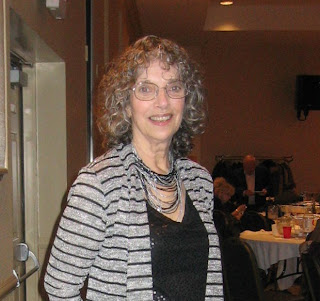 I am not a poet. I am a writer and sometimes use poetry to journal. Most of my poems are about my adoption loss.  Adoption has driven me to write…it is the only way I can cope with the pain, the grief, and the anger at the lies and deception of adoption.

And others still,
like the child of Arsinoe,
who died while giving birth to
her firstborn child,
are first and only.

Your firstfruits shall be holy,
saith the Lord,
and shall be dedicated unto me
as a special offering

but God also asked
that atonement be made
so she shall be clean.

…and on the 31st day
firstborn sons become
legally
and ritually
The Firstborn.

But sons (like mine)
who follow
in the wake
of ghostly Firstborns
are forever displaced
as firstborn heirs.

[This poem first appeared in the Summer/Fall 1998 Origins newsletter.]
***

Riben is former Director of the American Adoption Congress and Past Vice President of Communications of Origins-USA, a national non-profit that advocates for mothers' rights and keeping natural families together. Riben has been researching, writing and speaking about the need to reform, humanize, and de-commercialize American adoption practices since 1979. She has appeared on several national television programs, and was keynote speaker at many conferences. She blogs at http://mirahriben.blogspot.com

Riben was among the very first mothers to go public in order to put a face on women who had been called the invisible party in adoption, publicly addressing the lifelong pain of losing a child to adoption. Risking imprisonment, she reunited hundreds of families separated by adoption and helped mothers prevent unnecessary adoptions. In 1980 Riben co-founded the original Origins, a New Jersey-based national organization for women who lost children to adoption (unaffiliated with any other similarly named organization).