I have been writing since 1968 and have been published since 1970. I ran and published Amazing Grace Poetry Magazine in the 1960’s/70’s, which was a highly acclaimed small press literary magazine which was published quarterly and each edition sold five hundred copies. Contributors included Jeff Nuttall Tom Pickard Barry MacSweeney, Mike Horovitz, James Kirkup and many others. I went on to run the Secret Books Press publishing Tom Raworth, Allen Fisher and Paul Matthews. I was married to the poet and journalist Barry MacSweeney between 1973 to 1979. I have three grown up children and live in Kent with sheep and chickens. 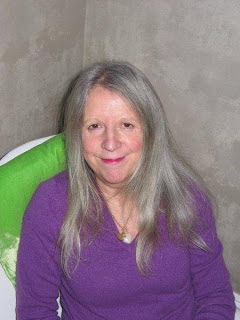 I have always worked full time and have a background socio legal work, having worked for over twenty years in the U.K. as a Children’s Guardian (Officer of the Court) representing the interests of children subject to Care proceedings and I now work as a Child Psychotherapist. I have worked extensively in mental health and particularly in the adoption of hard to place children, preparing them for placement in the recruitment and training of families. I hold a Msc in Forensic Psychology and Law.

My poetry and prose uses the skills that I have acquired in my employment; that is, of listening carefully and closely to what people say and observing what they do. I use these forensic skills in writing. The Guardian newspaper article in 1996 described me as "working with the casework fable--a brilliant poet. What elevates the dramatic monologues above raw emotion to real art is Randell’s ear for the way language reveals character."

My new book, Faulty Mothering explores ideas about the particular importance of mothering, the onus and responsibility of getting it right for children. 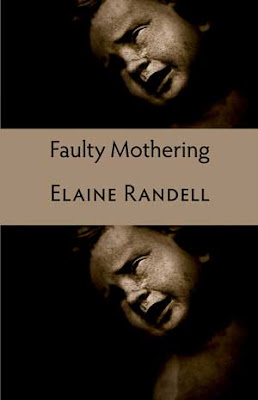 From the publisher's book page:

Faulty Mothering is based on my work with families but focusing on mothers in particular who are experiencing problems in attachment to their children. A backdrop to such difficulties maybe poverty, mental health problems, substance misuse, adoption, fostering, domestic violence or being poorly parented themselves. I am interested in the capacity of people to change and in the courage of children and young people who adapt and survive adversity. The poems explore those issues. "The Song Cycles," which make up the rest of the book, come from a call and response, using sentences sometimes written by others in novels which have resonated for me.


from Hard To Place


I
His mother, a petrol pump attendant, was said by those who knew
her to be far less than bright. She had not wanted the child but
had wanted his father. She grew very fat with the pregnancy but
told no one of the forthcoming child inside her. On the forecourt
of the garage she went into labour while delivering three gallons
of four star. They stifled her screams with the rag that wiped the
dip stick and mopped her waters with the sponge that cleaned the
windscreens.

Now eight years later he’s a tiny child and the doctors write
notes about his small head circumference and his stammer. He
has moved eight times in the last three years, he is a difficult boy.
The woman from the home writes on his review form that he
often uses situations to his own advantage. His gait is odd, she
comments, and he frequently limps to attract the attention of
adults.


II
It must have been an odd thing from the start. The way they had
met, the differing backgrounds from where they both came. He
was from a strong Jewish family, his father had been murdered by
the Nazis, his mother was said to be beautiful but no one could
recollect what became of her. It is known that he was proud of
his Jewish heritage and that he played the violin. He was nineteen
years old when he met the girl who later became his wife. She
was a farmer’s daughter who developed an addiction to heroin,
later she became a prostitute. There is a photograph of her on
the file wearing a tiny black mini skirt and holding one of her
sons in her arms, her face is tear stained. A few days later she
killed herself.

The two sons have no living memory of her, they have,
throughout their lives met their father on three occasions but the
interviews were brief and his whereabouts are unknown.

The boys don’t form relationships very easily and they tend
to test adults out to see how far they will go before they snap.
They rarely smile and say they want to live in a family where
someone can teach them to play the violin.


III
It had all been too much one way and another. The fact that her
boyfriend had been taken away in a police car that morning, her
final demand from the credit card company had been delivered,
the fl at reeked of the damp and the child was fretful. She
collected together her purse, pushchair and raincoat and set off
for the shopping precinct. Once inside she felt better but the child
moaned for sweets and the piped music mixed with the lights
and her lack of food made her become dizzy. Sitting down next
to an elderly couple who were rearranging their shopping, she
enquired whether they would keep an eye on the child while she
found a toilet. Two hours later the couple continued with their
attempt to extract information from the wailing child. Eventually
the precinct security guard took the child away and a police
woman was called. The sobbing of the infant drowned even the
piped music.

Now, four years later, the little girl has a new family who
worry about her insecurity and dreadful fear of open spaces.


IV
After her brother had been killed by swallowing the bleach she
came into care. Her mother had asked that she be taken away
before she harmed her. The last she saw of her mother was
never to be forgotten, she has no recollection of her father at all
but it is believed he works on a fairground. She frequently has
terrible nightmares that wake the whole home. The staff say she
encourages boys to come into her room, she has absconded on
two occasions when the fair has been in town.

Her mother is now in prison and she has written to her but
has received no reply.

The staff at the home would like her to live in a family to be
taught some discipline since everyone believes she is promiscuous
and could be in moral danger. She is nine years old and calls her
dolly ‘Mummy’.


VII
Late one January night when the whole house was sleeping the
young mother put her careful plans into action and slipped away
from her family and its life. The three tiny children remained
asleep until 7.00 a.m. and their father until 9.00 a.m. It has long
been agreed that the woman has returned to Ireland and all
efforts to trace her through the newspapers, police and Salvation
Army have now been terminated.

When the children realised their mother had gone they tried
to ring her on their toy telephones and sent her letters through
the Mr Men post office. They cried themselves to sleep most
nights and became greedy for food constantly.

When their father realised his wife had gone he spent
the family allowance at the bookies and told the welfare that
something would have to be done. He signed them into care and
jumped beneath the Northern line train on the way home. It is
true to say that children with their 6, 4 and 2 years are a handful
and tend to be clingy. Only last week the eldest boy was found
asking a policeman to please find his mummy.


X
“All I know about me Dad is that he murdered my little sister
when she was eighteen months old and I was five. I know that
he was from Glasgow and only had one eye. My Mum came to
see me just after I came into the home but she was very ill and
they took her to a hospital for diffy people where she still is. I
think being in the home with all the other children was better
than being with my parents. I miss my little sister though. I hope
if you do find me a home it won’t be with diffy people, I’ve had
enough of them.” She laughs and shakes her head of yellow and
green streaked hair. At thirteen years old she possesses the body
of a woman and the warmth and humour of a friend. “I don’t
remember much about him doing her in really, only that one
moment she was laughing because she’d pulled his newspaper to
bits and the next she wasn’t.”


XI
What she said when I asked why she hadn’t seen the children was
that she had meant to but hadn’t, she had wanted to but then
as it had been so long that she thought it best to stay away. Then
she cried a bit and I asked her if she wanted a tissue “I want my
f . . . g kids” she said. I told her she needed to show the court that
she was responsible now and could care for them properly, she
looked out of the window. “Why don’t you take someone else’s
kids away”. Then she spat. As she walked away she turned back
and shouted “anyway you can have them, see if I care,” I watch
her angry back walk through the heavy doors.

When she came back she said that it wasn’t me she was angry
with. She told me that she had been twelve years old when her
mum left her, she had never seen her since and hadn’t wanted to
see her anyway. “I can’t be it, I can’t love them enough.”

She walks away pressing digits on her mobile phone as she walks
out of the building, I watch her as she passes the hoardings on the
roadside advertising milk.

The shimmer of tears lack lustre.
In a nearby garden a young girl a mother
of a baby lay down
her head in my neighbor’s Syringa, fell asleep
confused and drunk.
They took her baby inside and cleaned his little
head.
I feel sick she said.

The first time I shook her
I knew it would remember it
forever.
Something unchangeable had happened.
She was better in the rain
there was hope and breath.
I drank in long open
shards.
The savage lines in my heart
are forever on my face
great ditches of
poisoned forests.

I have had a number of books published and I have contributed widely to anthologies, which are listed. I have read many times over the years at some Festivals and Conferences. For many years in the 19702-80s I served on the Poetry Society Council (U.K.).