My adoption experience was totally positive. I was adopted as a baby and my parents were the best anyone could ever have. My mum and dad were just that, the best of people who gave me the best of starts in life. Two of my six children were also adopted by me, but that makes no difference in my family. I did find my birth mother some years ago but she died soon after we met. I did however find that I had another family and that was a very interesting experience, not totally successful, but I have one sister who has stayed close. Perhaps that will be a poem one day. 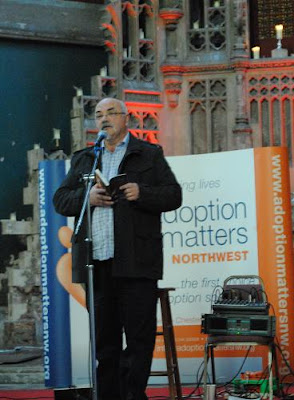 Insofar as my poetry is informed by everything that I have ever experienced I suppose it is all in there somewhere, perhaps the way I view relationships, life even the world around me. I have written one dedicated chapbook on my adoption experience, MADE IN LIVERPOOL, and I was pleased to be able to record that.

it filled up the space
below the statement
which read
I will receive James into my home
feed, clothe and look after him
and bring him up
as carefully
and kindly
as I would a child of my own

death of a pop star

and we all did


(All poems are from Jim Bennett's MADE IN LIVERPOOL (Starwood Publications, 2006).)

Jim Bennett was born and still lives near Liverpool in England. He grew up in Liverpool during the years of the Liverpool Sound and the Liverpool Poets and it is from this tradition that he developed his own unique style and voice. He is the author of 64 books including books of poetry, books for children, and technical training manuals. In addition his CD "Down in Liverpool" a selection of poetry and music has brought Jim to the notice of a much wider audience. In a career spanning 44 years Jim has won many accolades for his performances and writing including Silver Stake for Performance Poetry (Manchester Slam 2001); Fante Prize for Literature (New Mexico 2000); Poetry Super Highway Poet of the Year 2000; Sefton Literary Competition prize winner; and San Francisco Beat Poetry Festival Competition, 1st prize and Judges Choice - October 2002. Jim also runs courses in Creative Writing for the University of Liverpool, Edge Hill University College and the Workers Education Association. He is the Managing Editor of Poetry Kit; more information about Jim is available HERE. 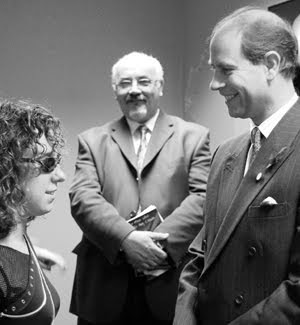